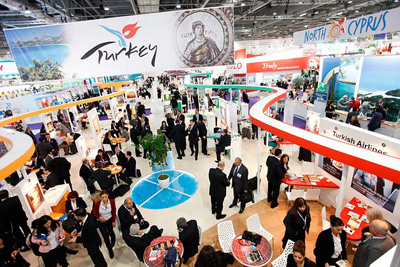 Turkey, the rising star of the world tourism, proud to be the largest exhibitor at WTM London 2011 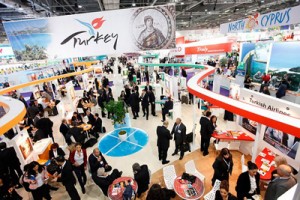 This year, Turkey’s stands will be WTM’s largest at 1000 square metres in total. Stands EM800 and M850 will host some 65 co-exhibitors from all over Turkey representing all sectors of the tourism industry from regional tourism associations to airlines, hotels and handling agents. As 4U Yachting we proud to exhibit in this extensive event as the only yacht charter company from Turkey.

Visitor numbers up in 2011
Although the economic downturn may be taking its toll on international tourism, the Turkish market has never been stronger. Turkish tourism is on course for another record-breaking year. International arrivals to Turkey for the period from January to July were in excess of 17 million: a staggering 10.6% year-on-year increase. This follows another record year in 2010 in which Turkey hosted over 28.6 million foreign tourists. This allowed Turkey to rise to 7th spot in the 2010 International Tourist Arrivals Rankings. 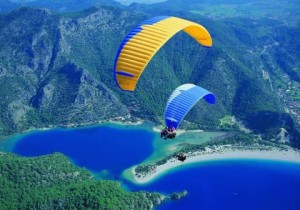 More Blue Flag beaches
Turkey’s extensive coastline, the longest in the Mediterranean, still remains a major draw and standards continue to rise. The number of beaches and marinas in Turkey awarded the coveted Blue Flag now stands at 331, the country’s highest ever number. Turkey ranks fourth out of the scheme’s 41 participants worldwide, just behind France.

History and Culture more popular than beaches
A survey commissioned by the Turkish Culture and Tourism Office, London in April 2011, Tourism in Turkey – Attitudes Experience and Awareness 2011, revealed history and culture to be a bigger draw for visitors than the country’s beaches. What’s more, of those who had visited Turkey, a staggering 71% had visited a museum or historic site during their stay.

It came of less of a surprise to learn, however, that Turkey visitor satisfaction levels are at an all-time high, with 7 in 10 reporting that they had either enjoyed or really enjoyed their stay.

Turkey continues to experience high levels of repeat business – for UK visitors it seems that returning to Turkey is as common as going just once. In the survey, 48% of respondents who had visited had done so two or more times.

Record Museum Visitor Numbers
Museums in Turkey have seen a staggering 61% rise in visitor numbers since 2008. The increase can be attributed, in part, to the introduction of the Museum Card, a season ticket for historical attractions and museums administered by the Ministry of Culture and Tourism. An Istanbul Museum Pass for foreign tourists was launched earlier this year, allowing visitors to Istanbul’s museums to avoid queues with an all-in pass covering some of Istanbul’s most impressive sites, including Topkapi Palace and Hagia Sophia.

A programme of upgrading museum facilities has been undertaken by the Ministry of Culture and Tourism in recent years. As a result, Turkey’s museums now boast more user-friendly entry systems, as well as improved cafes and museum shops. 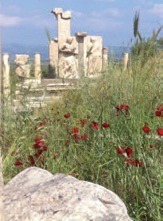 2011 has been a year of exciting archaeological finds and landmark repatriations.

Archaeologists working at the site of ancient Hierapolis, Denizli have uncovered the tomb of St Philip. It is believed that the Apostle was martyred in the city in around 80 AD. According to Italian Professor Francesco D’Andria, head of the excavation team, the structure of the tomb and its markings clearly iden

tify it as his final resting place. The site is expected to become an important place of pilgrimage for Christians once it is opened to the public.

Meanwhile a 2,000-year-old arena has been discovered in Yatagan in the province of Mugla. The site of the Hellenistic city of Stratoniceia is also the location of a gladiator cemetery, uncovered late last year.

At the same time, Turkey is seeing success in her campaign to repatriate lost archaeological treasures. Culture and Tourism Minister, Ertugrul Gunay, presided over the recent return of the 3,500 year old Hattusa Sphinx.

One of a pair, this incredible stone artefact, one of the most stunning of the Hittite treasures, was originally transported to Berlin for repair almost 90 years ago. The duo is eventually to be displayed at the Hattusa Museum, close to Yazilikaya in central Anatolia. 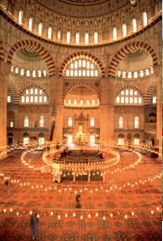 A new Turkish site has been inscribed on UNESCO’s World Heritage List. The Selimiye Mosque and its Social Complex in the former Ottoman capital of Edirne joins the nine sites already included on the prestigious list. The famous architect, Sinan, himself considered this to be his best work.

Built in the late 16th century, the magnificent mosque takes pride of place at the centre of a complex which comprises a medrese, libraries, hospitals, baths and a cemetery. Unique in its design at the time, its mihrab was pushed
back into a semi-circular alcove so that it could be seen from any location within the mosque, thus allowing the mosque to be flooded to spectacular effect with natural light from three sides.

Istanbul Appointed 2012 European Capital of Sport
If pristine beaches and fascinating history are not reason enough to tempt would be visitors to Turkey, Istanbul is to serve as 2012 European Capital of Sport. Event highlights include the IAAF World Indoor Athletics Championships, 9-11 March 2012, likely to be the final opportunity to see world-class athletes competing on an international level prior to the London 2012 Olympics. The tenure is timed perfectly to coincide with the city’s bid to host the 2020 Olympic games and, it is hoped, will strengthen Istanbul’s bid.

Antalya too is set to enjoy a moment in the spotlight, with the World Amateur Team Golf championships taking place here in Autumn 2012.

Despite its success and its position as a mainstream international holiday destination, Turkey still has huge reserves of untapped potential.

To find out more about these and other developments in Turkey please visit Turkey’s stand at WTM London 2011.

One Response to "Turkey, the rising star of the world tourism, proud to be the largest exhibitor at WTM London 2011"