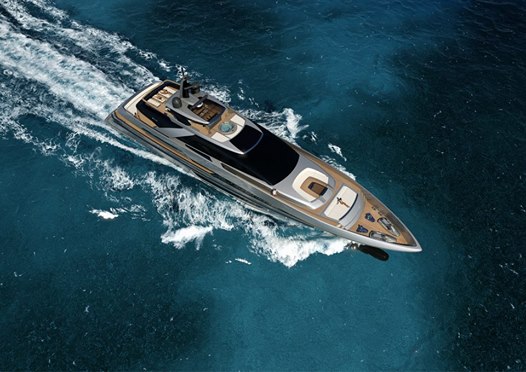 The new range is in keeping with founder Carlo Riva’s vision, Ferretti claimed during a press conference at the Monaco Yacht Show today (26 September).

The previous largest Riva was the 122ft Mythos, which was launched three months ago, but the new Riva custom line will dwarf even that vessel.

Starting with the 50-Metre M/Y Riva, which will be built in 2015, Ferretti also plans to introduce a 68-metre yacht, before continuing up to a maximum length of 100m.

Alberto Galassi, CEO of Ferretti Group, said: “Carlo Riva’s idea to build large yachts is finally turning into reality. Riva is ready to step into this market segment as a leader.”

The Riva 50M will bring the marque’s classic style to a much larger hull, by working with Officina Italiana Design.

Bespoke layout choices will be available across all four decks, but the key features mentioned at the launch include an outdoor dinette in the bow behind the tender and jetski garage, a Jacuzzi sundeck, and a beach club aft deck with a 6m float-in tender garage.

Walk-in wardrobes and full-size dining tables will be made available, and up to 12 guests and a crew of nine can be accommodated.

Power will come from either twin CAT C32s or a pair of MAN D2862 LE 466 engines, giving an estimated cruising speed of 14 knots and a top speed of 15 knots.

Zero-speed stabilising fins will keep guests comfortable even at anchor, while the claimed 3,800nm range should allow for long-range exploration.

And you can be sure that the founder will be at the front of the queue to climb aboard the first 50M to bear his name, with the 92-year-old adding: “I’d love to try and cruise with her.”